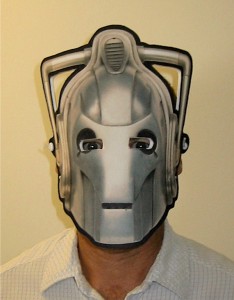 The recent BBC Doctor Who tour was made complete when Imagineers delivered their fantastic Cybermen masks for the audience.

The full face full coloujr mask will be available to fans throughout the tour.

The tour which started at Wembley on October 8th and concluded in Belfast on November 7th took in 6 other major arenas over 25 dates.

“This is a great opportunity for the new doctor and his companion to interface directly with the people who matter most to Doctor Who: the fans,” said Piers Wenger, executive producer and head of drama at BBC Wales.